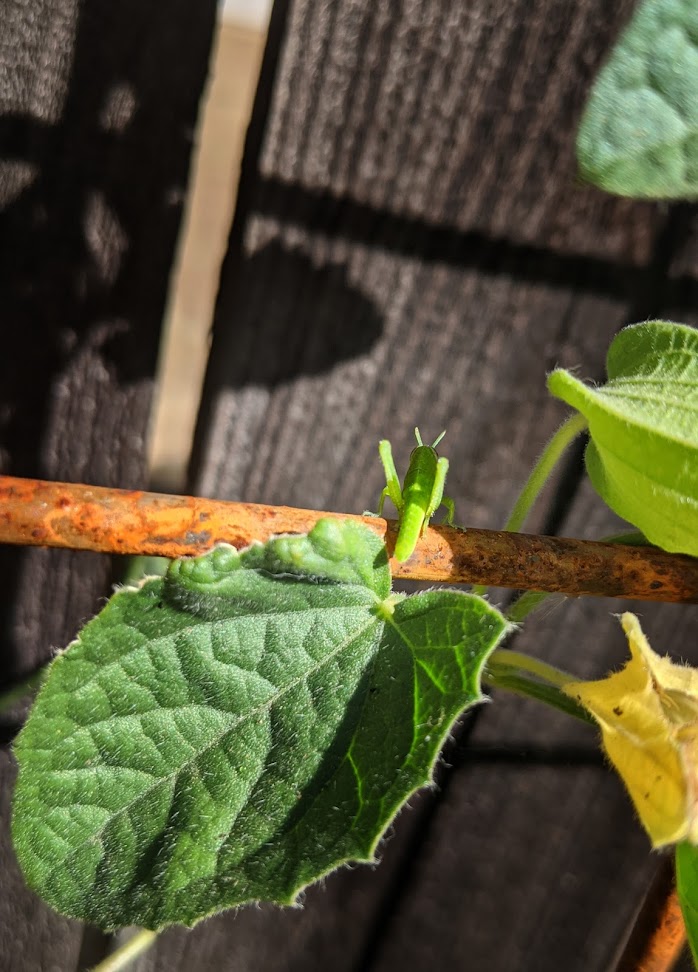 Mornings are pretty much my favorite. I make my coffee, grab my books and my camera, and take it all outside to my garden. My garden has become a bit of a sanctuary for me. This is evident by the onslaught of serene garden photos that litter my Instagram feed. (How many pictures of zinnias and birds can one take anyway?)
But, this morning did not include serenity. The coffee poured all over the counter (again) and I never touched my camera or the stack of books.

Frankly it sucked. And all because of the bugs: everywhere. First, there were the ever present grasshopper babies. I've enlisted family members to smoosh them and feed their parents to the ducks and yet still a multitude is perpetually munching.   Next, an aphid discovery.  Those little plant vampires completely infested my rainbow chard and my happy and exuberant watermelon vine.  Its not enough for them to suck the life force out of my plants but they also attracted a horde of ants, hundreds and thousands, an army in fact. Also caterpillars!  They were eating their way through the leaves and flowers of my beautifully trellised birdhouse gourd. And lastly, a new-to-me insect called scale on my favorite shade tree. These little suckers, (literally) attach themselves to the branch bark, and slowly sip the sap, draining my flowering maple of her sustenance.

So I got mad and fumed about it for a bit, followed by several moments of self-pity. Then I paced around and grumbled, this always helps tremendously. I even threatened to quit the garden. (Sometimes quitting just feels like the most reasonable option). And then, finally, I got to work. I trimmed off the aphid infested leaves on the watermelon, muttering curses all the while. I swear I heard them laughing at me, that is until I covered them in a lacerating powder from fossilized seashells.  "Ha, Ha!". I scoffed, "take that!"

Next I cut back all the chard, it was unsalvageable.  The ants had entirely moved in with the aphid population. Laying waste to the chard forest turned into Ant Armageddon. As I hacked back the rainbow stemmed leaves, ants were fleeing left and right, crawling up and down my arms and legs, searching unsuccessfully for safety and retribution. At the base of each plant were mounds of aphid and ant bodies. It did actually make my feel sad to destroy their insect civilization. They had a pretty posh set up living together symbiotically under those lush leaves. But choices had to be made, right?

Lastly I wiped down each branch of my sweet little shade tree squishing the scale bugs one by one with a paper towel. Of course scale couldn't be an easy thing to treat. Due to the armor like scales that form, insecticides are rendered practically useless. So one by one, those fellas had to be splatted, (or treated with rubbing alcohol), leaving my paper towels speckled and my stomach queasy.

I wasn't sure why all this made me so mad. I mean, this is the price you pay for having a garden. Planting a garden is essentially sending out an invitation to every bug within a 5 mile radius. But I suppose knowing that something bad is potentially going to happen and enjoying it while it happens, are two completely different things. I set out today, planning for my restorative morning. My chard forest was something I enjoyed looking at and now its a barren dessert. I was disappointed to chop away a good portion of my happy watermelon leaves and really grossed out smooshing all the scale bugs.
I know bugs are a part of the garden but it doesn't mean I'm going to enjoy when they impose themselves on my happy plants. And yes, I'm gonna do the work to save my plants but I might have to kick and scream about it first.
I was chastising myself about my poor attitude this morning and then I ended up giving myself permission to be pissy. I mean, really, why give yourself a hard time for having a hard time? This made me think about how down I've been lately and how impatient I've been with my self for being down and unmotivated. Really, this whole pandemic we're experiencing is no different from my buggy garden situation. Its just like one enormous garden infestation where everything has to stop in order to tend to the problem. No regularly scheduled programs, hard decisions being made, lots of losses, and plenty of shitty attitudes. I can't really think of anyone who thinks this is fun. Granted there are still some perfect dahlia moments but those are always available to us, regardless of circumstances.
I guess I needed a bad day in the garden to remind me that sometimes the best we can hope for is to endure. And of this I'm confident that I will, both the pandemic and the bugs. I may just not have a lot of fun in doing so but there's nothing gained in feeling bad about that either. Just one foot in front of the other. 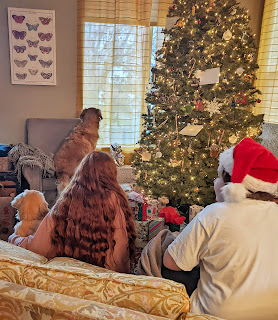 A Thrill of Hope, the Weary World Rejoices 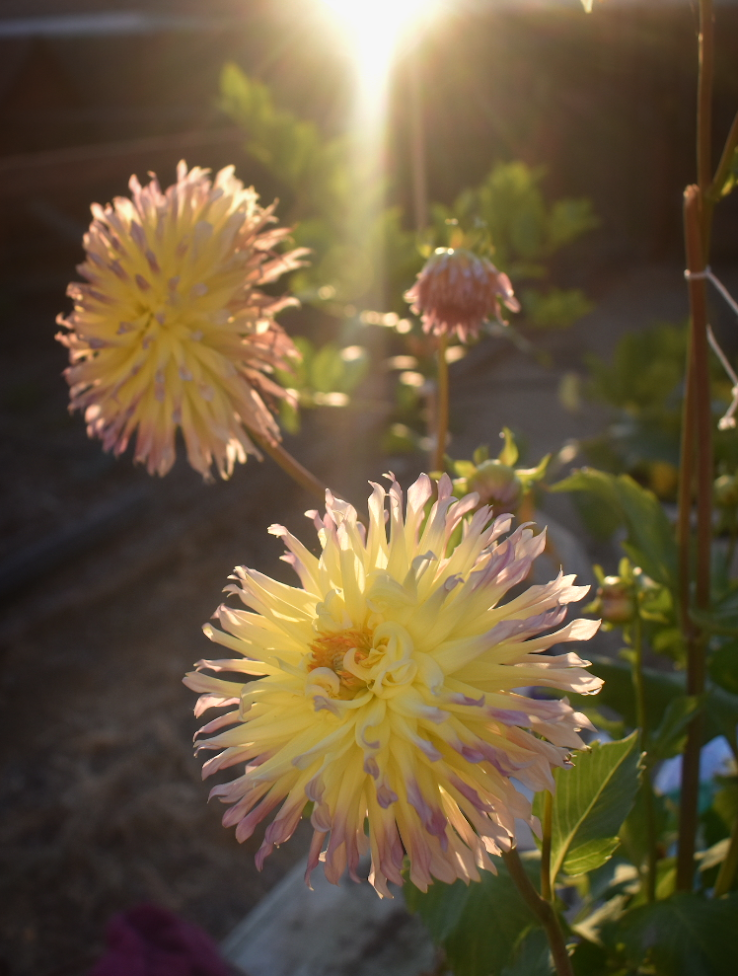 A Curious Gardener
Aiming to, "pay attention. Be astonished. [and] tell about it." Per Mary Oliver's Instructions for living a life.